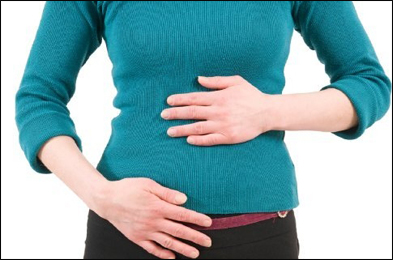 The digeastive or gastro-intestinal system is referred to as Pachan Tantra in Ayurveda. According to Charaka, a physician should first examine the specific characters of diseases and then take up the treatment only in case of curable diseases. A skillful physician always acts after careful examination. Before discussing the treatment of Alsaka (Meteorism) and Visuchika Gastroenteritis), it is vital to understand the pathophysiological aspect of diseases as described in Ayurvedic system of medicine should be study.

Concept of Gastroenteritis in Ayurveda

On the basis of chief signs and symptoms seen in gastroenteritis, i.e. vomiting and diarrhea.  Gastroenteritis is usually correlated with Visucika. Visucika has been described in detailed fashion in ancinet Ayurvedic books. Visucika is mentioned as a disease and as well as a symptom in Ayurvedic system of medicine. The expulsion of undigested food via mouth or rectum is called as Visucika.

Clinical condition where in aggravated biological air, because of severe ajirna (indigestion) produces pricking type of pain in body parts is called Visucika. Visuchika and Alasaka are Amapradoshaja diseases. According to Acharya Charaka, Chyme disorder can be divided into two classes viz., acute alimentary irritation (Visucika) and intestinal torpor (Alasaka). Visucika is a condition in which vitiated agni causes over-affection of ama leading to expulsion of the biological humours though both upper and lower passage.

Aama and its Possible Role in Pathogenesis of Visucika

Thus the undigested food becomes fermentatied, leading to the onset of toxic condition. Anna visha is a serious toxic condition comparable only to acute state of poisoning. This Anna visha when combine with biological humours produces different diseases. Ama is said to be the root cause of every disease in Ayurveda. Amavisha (Food toxins/indigested food antigens) which is intensely toxic may endanger life and as line of treatment of Amadosha and Visha are of opposite kind; the former has to be treated as one of the fatal prognosis.

Charaka clearly mentioned that it is not only the dietary habit or changes in dietary habit that can cause indigestion the psychological status of the person also play a very important in Ama production. Dietic indiscretions and emotional stress both is equally provider for Ama genesis.

The aggravated biological humours affect the undigested food and get mixed up with it. This combination obstructs a part of stomach and rapidly moves through upward and downward tracts separately to produce Visuchika as per involvement of particular biological humour.

Alsaka (Meteorism) and Visuchika (Gastroenteritis) are outcome of ama accumulation it the gut. In treating Alsaka and Visuchika from Ayurvedic point of view, neutralizing the ama is the mainstay of the treatment.