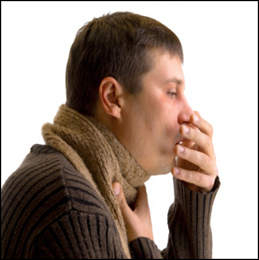 Rajayakshma can be called as the king of diseases. According to Hindu mythology, the Moon that can be called as the king among the satellites of the earth was afflicted by a curse of Brahma. Pulmonary tuberculosis is an age old disease described in Vedic Medicine as 'Yakshma'. Later on, in Ayurveda it earned a prefix and found a way into the mythology as 'Rajayakshma'. In Atharvaveda, involvement of ojas has been demonstrated and linked with Rajayakshma. Yakshma normally spreads from one person to another like the flight of birds.

In Rajayakshma, Dhatukshaya (tissue emaciation or loss) is universally accepted as one of the main reasons to initiate pathogenesis. There is irreversible metabolic dysfunction (Dhatwagninasana), out of which rasa (tissue-fluid), rakta (blood), mamsa (muscle), meda (adipose tissue) and sukra (generative tissue) are lost. Ultimately, deterioration of immunity, which is known as ojokshaya in Ayurveda, is evident. In tuberculosis, starting from deterioration of immunity, sukra, meda dhatus to rasa dhatu is lost preceding each other, which is known as Pratilomakshaya and is an unusual metabolic change.

All above factors lead to deficiency of rasadhatu resulting in consumption. The manifestation of Rajayakshma is Ekadasharupa which involves Tridosha (three biological humours and Dhatu (tissue). For any type of disease manifestation, Dosha is the main cause. Rajayakshma is manifested by the vitiation of Vata and Kapha Pradana Tridosha (three biological humours dominated by vata and kapha).

Madhyama Roga Marga constitutes the Head, Heart, Bladder and such other Marma Sthana, Asti Sandi etc. Vata and Kapha Dosha gets aggravated with Pitta dosha and spreads all over the joints of the body and other Marma Sthana, Urdwa, Adha and Tiryak Bhaga and obstruct the Srotas thus leading to an improper Dhatupaka. So there is Dhatu Kshaya found in Shosha disease. In Madhyama Rogamarga vyadhi, the disease affected in Hridaya, Basti, Shira Pradesha, Marma and Asti. In Shosha, these sites affected simultaneously, so this Rajayakshma is the best example for Madhyama Roga Marga.

Components of Pathogenesis are narrated below:-

Dose : One teaspoonful can be taken twice or thrice a day.

Dose : One teaspoonful can be taken twice or thrice a day.

Planet Ayurveda's Tulsi capsule is wonderful for boosting the immunity, which is compromised in Rajayakshma.