Later on the subject Dravyaguna came in existence and it has significant place in Ayurvedic system of medicine. Scholars of the western countries wrote Materia Medica, the term coined for the subject dealing with study of drugs derived from natural source. Materia Medica has been largely replaced by term Pharmacognosy.

It deals with study of drugs derived from natural (plant, animal or marine) origin. In the recent past, the study of Dravyaguna has become more important because of global acceptance of Ayurvedic system of medicine. Ayurveda has its own concept as far as drug formulation is concerned. 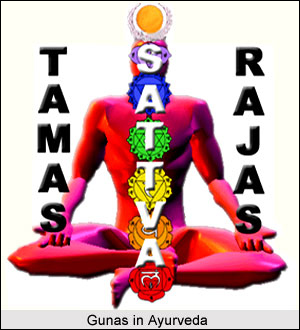 These are Further Divided into:-

Gurvadi Guna have been Explained in Following Table:-

Table : It shows composition, effect on biological humours and functions of Gunas.

All the process adopted to render pant les toxic are referred to as samnskara.