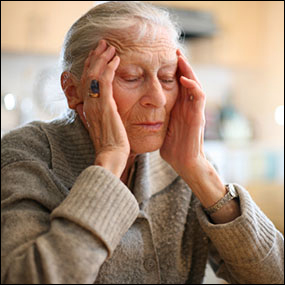 Alzheimer's disease is a neurodegenerative disease which is progressive, an age-associated, and irreversible that is characterized by:-

Till date, the available medicines have very less effects, thus no as such cure is present in the modern medicines. Apart from that, the Ayurvedic treatment of Alzheimer disease through natural herbs is the only single and most productive source. In Addition, modern medicines are also looking into the therapeutical uses of herbs by developing drugs. The modern science also have revealed the presence of medicinally important phytochemicals such as lignans, flavonoids, sterols, and alkaloids, tannins, polyphenols, and triterpenes. Such active phytochemicals have been studied extensively for their pharmacological activities, such as anti-inflammatory, anti-cholinesterase, anti-amyloidogenic, hypolipidemic, and antioxidant effects. Such reviews gather the information about the potency of theses Ayurvedic herbs in reversing the Alzheimer's disease pathology. Thus, photochemistry, and biological as well as cellular activities of these active molecules up thrust them in clinical applications to treat Alzheimer's disease.

The Ayurvedic treatment is based on the use of natural herbs to heal the Alzheimer's disease. The nervous system disorder is known as Vata Vyadhi which is characterized by Vatta disturbances which is the Air element of our body. This energy moves through brain and nerves, which controls our voluntary and involuntary functions. Thus, the aggravated Vata leads into the disturbance, weakness and hypersensitivity of nervous system. The associated symptoms are indicated as age associated memory loss, attention and concentration lose, forgetfulness, depression and delusion. In Ayurveda, herbs utilized for the treatment of Alzheimer are classified as nervines. They strengthen the functional activity of nervous system and improve memory.

It is extensively used in Ayurvedic treatment for nervous system disorder. In Ayurveda, it has been described as a nervine tonic, adaptogen and aphrodisiac and it effectively treat the stress. Ashwagandha belongs to the Solanaceae family, and the roots are used to manufacture the extracts. It is also has been categorized as a Rasayana, which means rejuvenating herbs. Due to its adaptogenic properties it shows calming effect, thus plays a very important role in treating patients with Alzheimer' disease. In Ashwagandha various steroidal compounds are found such as withanolids which have the properties to block neuronal cell death, fibril formations. It enhances the cognition, memory and recalling capabilities. It also induces the neurogenesis in gyrus region of the brain which results in more development of brain.

It is a creeper plant with bitter-tasting and generally found in damp and marshy areas. It has significant role in Ayurvedic treatment for various nervous diseases. The therapeutically Brahmi is used as nerve tonic, diuretic, cardio tonic, insomnia, epilepsy, asthma etc. The presence of bacosides has shown remarkable properties to treat various ailments and disorders, such as anti-oxidant activity which helps in reducing metal ions, scavenging free radicals, inhibits lipid peroxisomes formation and lipoxygenase activity. The active constituents are also responsible for neuropharmacological effects. Thus Brahmi is used to improve cognition, memory, ad induces good sleep. It is the best supplement to calm down the brain and rejuvenate the nerves to effectively reduce the stress and depression in Alzheimer disease patients.

It is the world known herbal product to treat various inflammatory disease.  It is derived from the rhizome and root.  The active constituents of turmeric is Curcumin, which imparts yellow color to the turmeric. It has anti-inflammatory, antiseptic, and antibacterial activities. It detoxifies the liver, controls cholesterol levels, fights against allergies, enhances digestion, and boost immunity. For Alzheimer's patients it acts as anti-neuroinflammatory agent.

The use of Shankapushpi as a natural remedy to treat Alzheimer's disease through Ayurvedic treatment has its importance. The formulation in Ayurveda has been described as nervine tonic to improve cognition and memory. Th presence of vast array of metabolites are highly effective and responsible for the nootropic and memory enhancing properties. It contributes in calming the nerves which helps in regulating the release of stress hormone adrenaline, and cortisol. Thus, it has more potent recommendation to treat anxiety, stress, mental fatigue and insomnia. It significantly increase the dendritic intersection, branching points and dendritic processes. It is a powerful and natural herbal remedy to treat the nervous disorders like Alzheimer's disease.

These are the herbal capsules that are made using the pure and standardized extracts of Brahmi (Bacopa monnieri).

The brahmi herb is strong tranquilizer. It helps to manage depression and stress that occurs due to this mental disorder. The herb is known to have strong positive effects on the nervous system. The herb works well to enhance the coordination between the components of the nervous system. Hence, increases the functioning of brain. The herb is often used as brain tonic also for this reason. The herb promotes the relaxed state of mind and thereby calms the brain.

Hence, the product is effective one to manage this disorder.

Curcumin capsules are the herbal formulations that are prepared using the frequently used herb in Ayurveda for a number of health purposes and that is curcumin (Curcuma longa).

Curcumin is the strong anti-oxidant that reduces the oxidative damage and inflammation as well. The compound is known to reduce amyloid accumulation also which is otherwise a primary suspect in this brain disorder. The compound promotes amyloid phagocytosis and clearance and hence an added advantage. It helps in the removal of toxins as well and supports immunity. It helps to maintain a healthy functioning of brain.

Overall, these herbal capsules are beneficial for Alzheimer's disease.

Dosage - 2 capsules, twice a day, with plain water, after meals

Gotukola capsules are made using the standardized extract of Gotukola herb (Indian pennywort). These herbal capsules are also effective for the same disorder.

The herb Gotukola is helpful in nerve exhaustion that occurs due to stress and anxiety. The herb is rich enough nutrients and is known to have a brilliant action on concentration power and hence, helps in case of lack of concentration as well. The herb is useful in all kinds of nerve related diseases.

The product is an excellent one to manage the symptoms of Alzheimer's disease to a great extent.

These herbal capsules are made using the pure extracts of four wonderful herbs and the herbs include- Brahmi (Bacopa monnieri), Vacha (Acorus calamus), Shankhpushpi (Convolovulus pluricaulis) and Licorice (Glycerrhiza glabra).

As the name suggests, the product is the greatest one to manage loss of memory. It increases the brain power and support its healthy functioning. It is an excellent product to manage memory related disorders. Lack of concentration and retention power can be well managed with this herbal product. The product will help recollecting and remembering things. All the herbs that are used in this herbal formulation are effective in managing this disorder.

Another effective product from the house for this disorder is Medhya churan. This herbal powder is prepared using a special combination of standardized extracts of several wonderful herbs such as Vacha (Acorus calamus), Ashwagandha (Withania somnifera), Brahmi (Bacopa monnieri) etc.

In short, the product is an excellent tonic for boosting the mental health.

Pack size - Each bottle contains 100 gm powder in it.