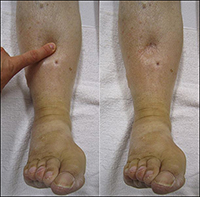 Modern lifestyle, smoking, excessive intake of alcohol, hypertensions lead to several diseases and one of them is edema. Edema is swelling affecting the hands, legs and ankles due to accumulation of excessive fluid in the body. Patients suffering from conditions such as kidney and liver disorders, heart disease, lymph nodes inflammation, allergies, diabetes, pregnant women have symptoms of edema. Edema is characterized into different types based on different body parts that are affected.

When edema affects the lungs it is called as pulmonary edema. All the conditions are serious and need to be treated.

Edema is called Shotha Rog in Ayurveda and ayurvedic treatment for edema is highly beneficial.

Condition Becomes Critical When Symptoms Include:-

Home remedies are effective, simple and natural way to reduce swelling but with recommendation of physician. Conventional treatment like diuretics cannot be opted for pregnant women as these can have side effects. Change in lifestyle and home care measures are proved to be beneficial for edema. Some of the Natural home remedies are described below:

Besides above given home remedies for edema, it also can be prevented by reducing the intake of salt, drinking plenty of water and by avoiding processed foods. Overall health and well being is improved by the Indian method of healing i.e. Ayurveda. This treatment is effective for fast relief from symptoms of edema without any side effects. Planet Ayurveda has offered herbal remedy for water retention or edema such as Punarnava Capsules. This is the purest and safest ayurvedic medicine by Planet Ayurveda.