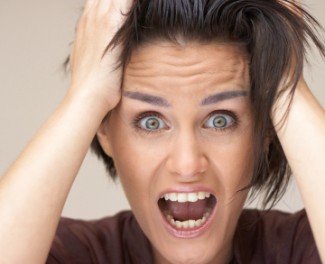 Hysteria is a term that is used to describe unmanageable emotions exhibited in an extraordinary manner by the person.

It is now grouped under a broader medical term known as somatization disorders.

Hysteria, as described by the books on psychology and psychiatry, is a set of symptoms and physical behavior that are governed by the patient's imagination rather than any organic underlying disease condition.

Such persons have been found to be highly attention seeking, exhibiting extravagant emotions and drama.

Cases of hysteria have commonly occurred in both males and females but, among females the number is far greater particularly in the age group of 14 to 25 years.

Hysteria in females was once considered a medical diagnosis for a long time and patients were treated actively with proper medication and other management techniques.

Nowadays, it is being considered under SSD – Somatic symptom disorder.

In this disorder, the patient complaints of many a symptoms such as pain in one or more parts of the body, but no underlying pathology can be found.

The causes of hysteria are determined predominantly by the mental conflicts of the person affected.

There may be experiences in the previous years of the person's life which have made him hysterical in the present.

Some commonly found causes of hysteria are enumerated below:-

Hysterical disorders cannot always be ruled out for not having any underlying pathology. It is therefore, very important to carry out a thorough screening of such patients or even other people who are suspected to have hysterical tendencies.

As a general consideration, hysterical people should be assessed regularly in a supportive healthcare environment, where they can be monitored from time to time.

The person should be in regular contact with a physician who is sensitive to his or her complaints and physical discomfort.

How Far does Psychotherapy Help in Managing Hysteria?

Psychotherapy can prove to be very beneficial in the management of hysterical patients. It helps the patient to get an outlet for his troubling emotions which in turn helps him to think more rationally.

The health care provider on the other hand can get to the root cause of the disorder by involving in an informal conversation with the patient.

Psychotherapy plays a key role in the management of hysterical patients by helping them develop skills to maintain cordial relationships with others.

Is there any time Period for the Onset of Hysteria?

Hysteria can affect any life, at any point of time. While some people have a genetic predisposition to develop the disease, others are a result of some deep seated emotional disturbance.

In women, it mostly occurs in the age group of 14 -15 years as mentioned earlier.

For females in particular, it contains an herbal mix of Ashwagandha (Withania somniferum), Brahmi (Bacopa monnieri) and Jatamansi (Nordostachys Jatamansi).