Concept of Snayu (Ligaments) in Ayurveda

In Ayurveda, snayu refers to the ligaments and kandra stands for tendons. The anatomical study of the ligaments is known as desmology. Joint represents the articular apparatus, whereas, muscle, ligament, and tendon constitute the extra-articular apparatus. Diseases of the joints are better known as rheumatic diseases. Sandhigatavata (osteoarthritis), amavata (rheumatoid-arthritis) and vata-rakta (gout) are common forms of arthritis seen in clinical practice. Rheumatism is a broad- term used for inflammation or injury of the soft tissues. Cervical spondylosis, lumbar- spondylosis and sciatica or sciatic neuritis are other significant diseases included in this segment.

Anatomy of the joint

To understand the pathogenesis of diseases of andhi (joints), sanyu (ligaments), asthi (bones) and kandara (tendons), it is necessary to understand the anatomy of the joint. 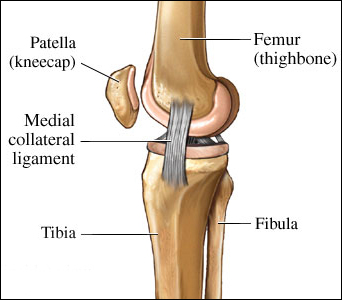 Significance of ligament and tendon at clinical level

The concept of Snayu Marma, which are best defined as vital points also explains the importance of snayu which are to be protected at any cost. Clinical manifestations like grudrasi (sciatica) and pakshaghata (paralysis) occur due to the impairment in functional role of snayu along with shira (blood vessels) and Kandara (tendon). In the present era, the incidence of extra-articular diseases like tendinitis, fibrositis, injury to the ligaments, and non-articular-rheumatism, are increasing at a rapid rate.

Types of ligament as per Ayurveda

Snayu has been described as Vaatavahini Nadi... structures carrying the biological air...vata). In Ayurveda, four types of snayu have been described.

Based on their distribution in the Shadanga (six body parts of human body), snayu are nine-hundred in counting. Among these, six-hundred are present in the extremities, two hundred and thirty in found. Seventy is found, urdhavajatrugata (above towards the neck). Snayu helps the joints in bearing heavy weight. The injury to bones, muscles, blood-vessels, and joints may not be as critical as the ligaments.

As regard pathogenesis of myasthenia gravis is concerned, it is similar to diseases like rheumatoid-arthritis, sanayugata-vata (biological air present in flesh and ligament), sanayu-mamsagata-vata (biological air is present in flesh and ligament), kapha-avrita-vyana-vayu (the biological water being layered with vyana vata...special form of biological air) and the names of diseases with presentation of similar clinical findings like khanja (limping), urustambha (thigh-fatigue).

Vatavrit sanayu roga or sanayugata-vata (fibromyaligia), is a characterised by musculoskeletal pain and fatigue of wide-spread nature, which strikes in five percent of the total population. The exact reason behind fibromyaligia is largely, unknown. Fibromyaligia is characterized by widespread pain in the muscles, tendons and ligaments of the fibrous tissues in the human-body.

Snayu (ligaments) present in the human body are closely allied to the biological air...vata. Snayu is one of the extra-articular or subsidiary tissue, which plays an important role in the posture of the human-body. Snayumarma, which are better known as vital points in Ayurvedic anatomy are specific locations in the human body which are characterized by the predominance of the ligament. The study of human-anatomy is very much vital for preventive and curative aspect. Knowledge of snayu (ligaments) is very important for physicians as well as surgeons who are dealing with surgical removal of foreign bodies.