How to Treat Breast Cancer in Men Naturally? 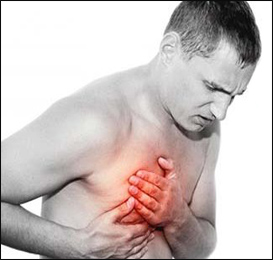 What is Breast Cancer?

What are the Early Signs of Breast Cancer in Men?

What are the Risk Factors which causes Breast Cancer in Men?

Ayurveda is the best herbal treatment for cancer treatment. The number of herbs extracts have been used for the treatment of cancer since centuries. The Ayurvedic medicines which act on the "rasa, rakta and mamsa dhatus" are very effective for inhibiting and preventing the development of cancer cells in men breast tissues. In ayurvedic form cancers is known as "Arbuda". In Ayurveda, it is described as the condition in which there is the formation of a mass of tissues due to aggravated kapha, pitta and vata dosha. In any form of cancer there is involvement of tridosha, Rakta, mamsa, and medo.

Herbal Remedies for Breast Cancer in Men by Planet Ayurveda 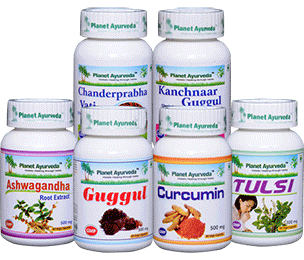 Ashwagandha acts as a potent adaptogens which provides you a relief from daily stress and anxiety. It basically acts on your nervous system and improves your thinking ability. In the case of cancer, anti-inflammatory and antioxidant properties of Ashwagandha boost your immune system by reducing the activity of free radicals and ultimately this will helps to reduce the growth of cancerous cells in breast tissues. This herb is also a rich source of alkaloids and lactones which also plays a vital role in inhibiting the uncontrolled growth of cancer cells.

Turmeric is the main source of Curcumin which is a potent bioactive compound helps in reducing the growth of cancer cells in breast cells. Turmeric is a traditional herb which has been used for many years in Ayurveda for the treatment of various body disorders. The recent studies on curcumin for cancer treatment has shown that curcumin decease o stop the activity of telomerase in cancerous cells this will helps to control the division of malignant cells in the breast.

Tulsi (Holy Basil) is a traditional Indian herb which is used in this product. This herb has great anti-inflammatory, antioxidant, anti-viral, and anti-bacterial properties. All these properties of holy basil collectively fight against the cancer cells in the body. Tulsi leaves extract are the main ingredients which reduce the side effects of radio and chemotherapy. Tulsi contains eugenol, a chemical which prevents further tumor development.

The herb which is used in Guggul capsules is Commiphora mukul and belongs to the Burseraceae family. According to Ayurveda, the herb is bitter, pungent in taste, hot in potency and after digestion, it undergoes pungent taste. Guggulsterone is a plant polyphenol which is present in Commiphora mukul in high amount. It helps to reduce the proliferation of tumor cells in the breast of men.

The Crab Care Pack which is mentioned above is the best natural herbal treatment for malignant cells. This product has no side effects so you should try this at least once.