VIRYA AND ITS SIGNIFICANCE IN AYURVEDA

Virya is derived from Sanskrit word 'Vira vikranto' which signifies energy or potency of a drug or medicinal plant. Caraka has defined virya as driving force behind the therapeutic activity of the drug. According to Ayurveda experts, virya can be compared to active constituent of a drug. The ancient scholars developed the virya parameter to study the therapeutic efficacy of the drugs. In alternative systems other then Ayurveda viz Unani and Siddha also give due importance to virya of a drug. In Unani system of medicine, virya is known as Tasir. 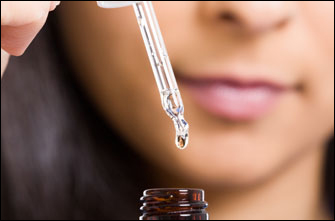 Table 2 : It shows action of virya

The ancient texts, have mentioned that while preparing a decoction or hot infusion, the temperate should be constant. This may point to the effect that varying temperature has on the presence of active principle. It has been observed that when alkaloids containing medicinal plants are subjected to 60o C it destroys the active principle.

When herbs are selected to prepare medicines, ethically it is a practice to use those parts (ranging From root to resin) that contain a maximum percentage of the active constituent. The level of active constituents in medicinal plants is a function of known variables and From that a plus/minus % of those levels can be known.

Table 3 : Collection of parts of medicinal plants as per Ayurvedic Texts

In Western Botanical medicine, just like Ayurveda, due importance is given to collection of plant material. Further market value of herbals depends to a large extent on the time period of collection.

Table 4 : Collection of medicinal parts of a plant as per Western Botanical Medicine

Ayurveda believes using the drug as a whole. It does not mean that active principles have no importance in Ayurvedic practice. The ancient scholars documented virya of medicinal plants used in Ayurveda. Using the drug as a whole, means that chemical constituents are present in natural synergy with each other. Each constituent contributes to the biological activity of the formulation.

Today we have standardized extracts available in the market. They are standardized to certain limits of markers or active constituents or both. During the process of extraction, certain medicinally useful constituents are lost. The Western Herbal Medicine also gives due importance to the presence of all chemical constituents rather than a single constituent. According to experts, the standardization of herbals should be in such a way so that a safe and effective dose may be formulated.

Virya of a drug has an important place in Ayurvedic pharmacy. It is also right to compare it with active constituent (here traditional and modern medicine seems to have similar opinion). However, traditional healers are not in favor of extracting the active constituents. In light of using drugs as a whole, it is not easy to standardize the formulations on the basis of all constituents. When a medicinal plant is subjected to pharmacopoeial procedures, some of the constituents are lost which is but obvious.

In our view, the medicinal herbs which are wild crafted do not need any standardization, if collected at the appropriate time. The plant growing in wild habitat gradually acclimatizes to the surroundings. According to botanical medicine practitioners, plants collected From wild source have a maximum percentage of active principle rather than stored or organically cultivated counterparts.

Whatever may be the prevailing situation on virya or active principle, it is mandatory that if an herbal product has to last in the market, it should contain definite amount of principle. Some Ayurvedic experts are of the view that in order to increase the bioavailability of the active principles, dried herbs or powder should be first treated with the expressed juice of the respective herbs (this process is known as, Bhavana in Ayurveda). Ayurvedic pharmacy is based on the principle of Pancha ksahya kaplana (five pharmacopoeial preparations) which includes expressed juice, powder, mass, infusion and decoction. This observation should be looked with an open mind and needs further research.