What are the Uses and Health Benefits of Wood Betony (Stachys Officinalis)? 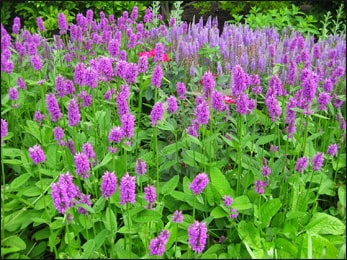 Wood betony is a medicinal plant whose parts are dried and used to make medicines since ages. It is said that there is no ailment brought by a cold which Wood betony cannot treat. It is a fascinating herb with much goodness. Wood betony plant is commonly grown in physics gardens of monasteries for medicinal purposes. This plant is being used to treat symptoms of gout and arthritis since a very long time. It is believed to treat symptoms of drunkenness.

What are the common names for Wood Betony?

How Wood Betony is Scientifically Classified?

What is the Botanical name of Wood Betony?

Wood betony is a plant which lives for several years. It grows from 30 to 60 cm in height. This plant is very tough and durable with much visual attraction. Wood betony can tolerate well-drained and average soils and is also drought tolerant. It does not grow well in overly damp soil. This tree usually prefers full sun and rarely suffers from any kind of diseases. Leaves are narrow, oval and stalked on upright stems. They have a heart-shaped base and have toothed margins and wrinkled texture. The calyx is edged with bristles and 5-7 mm long. Wood betony flowers from July to September, i.e. midsummers.

Where is the Wood Betony Distributed?

It is commonly found in dry grassland, open woods, and meadows in Europe, North Africa, and Western Asia. This plant is also found in some areas of England and Wales, also rarely in northern Scotland and Ireland.

What type of Area is Required for Cultivation of Wood Betony?

This plant is difficult to grow and hard as it grows in open woods, moist areas and at the roadside. It is well cultivated in a partially shaded area and well-drained soil.

Which parts of the Wood Betony is used for the Medicinal Purpose?

What are the Medicinal uses of Wood Betony?

What Precautions should be taken While using Wood Betony?